Gold Eagles vs. Gold Krugerrands: Which Coin is Better for Investment?

You see inflation in the headlines and at the gas pump, among other places. With rising prices, your dollar has less purchasing power. Gold allows you to hedge against inflation and preserve the power of your wealth for retirement, savings, and living.

Since the 1980s and 1990s, the U.S. Government has loosened its grip on the availability of gold. This translates to gold coins being minted and circulated among collectors and investors.

Here, we profile two of the most popular types of gold bullion coins. Please read about how the South African Krugerrand and American Gold Eagle got their starts, found their designs and features, and can generate wealth and returns for you.

The Krugerrand's history gives you a glimpse into South Africa's struggle for independence, its embrace of gold, and its reckoning with Apartheid. You will appreciate the symbolism and the features of the gold Krugerrand explained below. 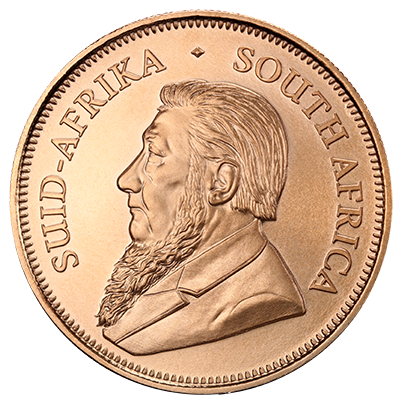 The Krugerrand derives its name partly from Paul Kruger, President of the South African Republic (Transvaal) from 1883 to 1900. Kruger led Transvaal in its efforts to gain independence from Great Britain. He left South Africa at the turn of the 20th Century, barely months into the Boer War against Great Britain.

Ironically, the Rand (South Africa's currency unit) is named for a group of capitalists that the Cape Colony's premier, Cecil Rhodes, supported against Kruger. The 1886 gold rush in South Africa ignited the clash between Kruger and Rhodes.

With the joint efforts of the Rand Refinery and the South African Mint, production of the Krugerrand started in 1967. This gold bullion coin served not only as legal tender but also to promote gold from South Africa. Rising gold prices in the 1970s endeared Krugerrand to investors.

From 1985 to 1994, the United States government prohibited the import of Krugerrands due to South Africa's Apartheid practices.

True to its namesake, the Krugerrand bears the face of Paul Krueger on one side. You will notice curved above his likeness are the words "SUID-AFRIKA" and the English translation of "SOUTH AFRICA."

On the reverse, a Springbok antelope poses as if it gallops. The labels "Kruggerand" and "FYNGOUD 1 OZ FINE GOLD" identify the currency.

The standard Krugerrand weighs 1.0 ounces, spans 1.28 inches in diameter, and is 0.11 inches thick. You can also choose from Krugerrands in 1/10, ¼, and ½ ounce varieties.

Krugerrands carry a 22-karat tag. That translates to these coins being 91.67 percent pure. Copper accounts for 8.83 percent of the composition. With this small amount of copper, the Krugerrand proves more durable than its 24-karat (i.e., pure gold) counterparts.

The American Gold Eagle is a tribute to independence and national symbols. In its relatively short time as a revived piece of currency, the Gold Eagle enjoyed popularity as an investment tool.

The American Gold Eagle returns to our Republic's early years, specifically 1792. It took a hiatus in the 1930s thanks to a Depression-era prohibition by President Franklin D. Roosevelt of banks issuing gold coins as a form of payment. That and several other federal laws and regulations sought to prevent the insolvency of banks that fueled the Depression.

"Lady Liberty" predominates the front side, or obverse, of the American Gold Eagle Bullion. On this coin, designer Augustus Saint-Gauden placed a torch in Lady Liberty's hands and an olive branch in the other. Note the subtle likeness of the U.S. Capitol in the lower left-hand corner. The word "LIBERTY" is inscribed along the top.

Sculptor Miley Busiek contributed two eagles – one perched on a nest and the other flying. On that same side contain the phrases "E PLURIBUS UNUM" ("Out of Many, One") and "IN GOD WE TRUST." The new edition, which debuted in 2021, has only the head of the eagle on the reverse side.

In the original version, 46 stars symbolized the then-46 states in the Union. With Congress' blessing, the coin added two stars in 1912 for the addition of Utah and Arizona. It now has 50 stars for all the states.

Use your Roman Numeral knowledge to read the minting dates for coins between 1986 and 1991. Starting with 1992, the dates on the coins appear in Arabic form.

As with the Krugerrand, the American Gold Eagle is a 22-karat gold item. Copper constitutes 5.33 percent, and silver makes up three percent of the Gold Eagle's composition. The gold, silver, and copper come from soils in the United States.

Key Differences Between These Gold Coins

Homage to independence from Great Britain and gold purity run as common threads between the Krugerrand and American Gold Eagle. Both display their national animals and have the same weight denominations. However, these gold coins differ in powerful ways in your purchase decisions.

*The American Gold Eagle coins have face values ranging from $5 to $50, depending on the size.

*Krugerrands do not have a face value. Prevailing market prices determine the value of a Krugerrand. 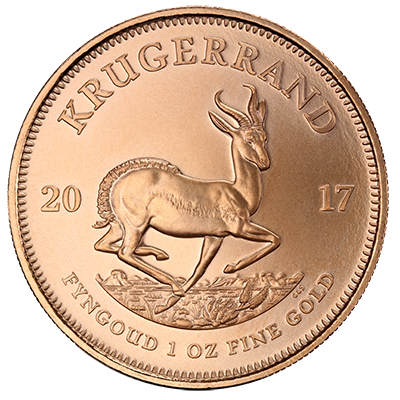 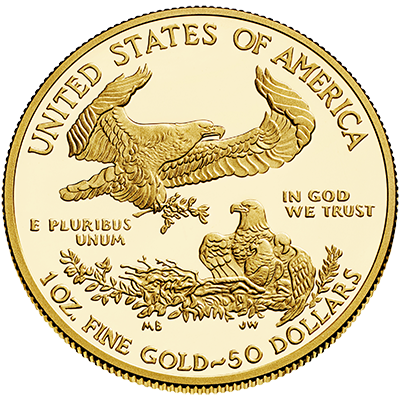 What Investors Need to Know

Kruggerands number about 60 million, making them the most widely held globally. The other major gold bullion coins combined do not reach the number of Krugerrands.

Yet, the popularity of Kruggerands clashed with bans in the United States on the coins spurred by South Africa's Apartheid policies. In the 1970s, investors accumulated Kruggerands under a loophole to the prohibition in America on gold coins that allowed coins to be used as currency. With imports of Krugerrands into the United States banned in the 1980s, most Krugerrand transactions came via the secondary market. 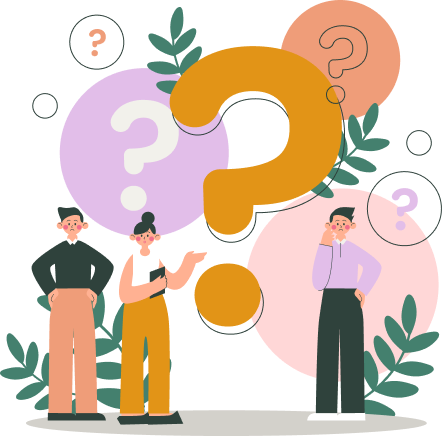 The ban on imported Kruggerands made American Gold Eagle coins famous in the United States once federal law authorized the minting of gold bullion coins. Roughly 19 million of these pieces find themselves in circulation.

On the whole, premiums run higher on American Gold Eagles than Krugerrands. This represents a resale advantage for the former type. However, the latter kind of coin enjoys more popularity beyond American shores.

Where to Buy These Popular Gold Bullion Coins

You can go directly to the U.S. Mint for the Gold Eagle coins. However, you likely will have a lengthy wait for your coins, and the U.S. Mint does not cater to investors.

Find a dealer or coin investment firm to own Krugerrands or the American Gold Eagles. These will ship physical coins to you directly. If you possess the physical product, you can sell it at what you consider to be the right price and time.

Gold coin firms buy coins and other precious metals for IRAs. Much like those with stocks and bonds, Gold IRAs bring you the benefits of:

*Deductions on contributions up to a limit

The Krugerrand and American Gold Eagle harness the value of gold and prospects to blunt the effects of inflation. At least in size and gold content, the two coins are virtually the same. However, premiums generally go higher for American Gold Eagles.

Contact us today to consider adding these gold bullions to your collection or investment portfolio. 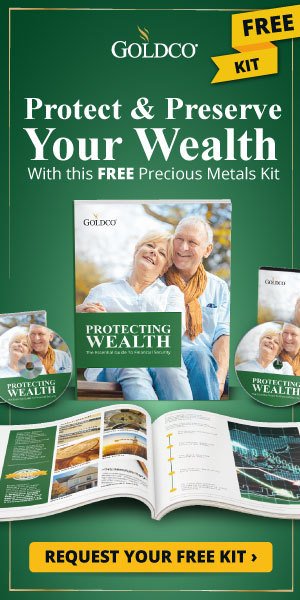